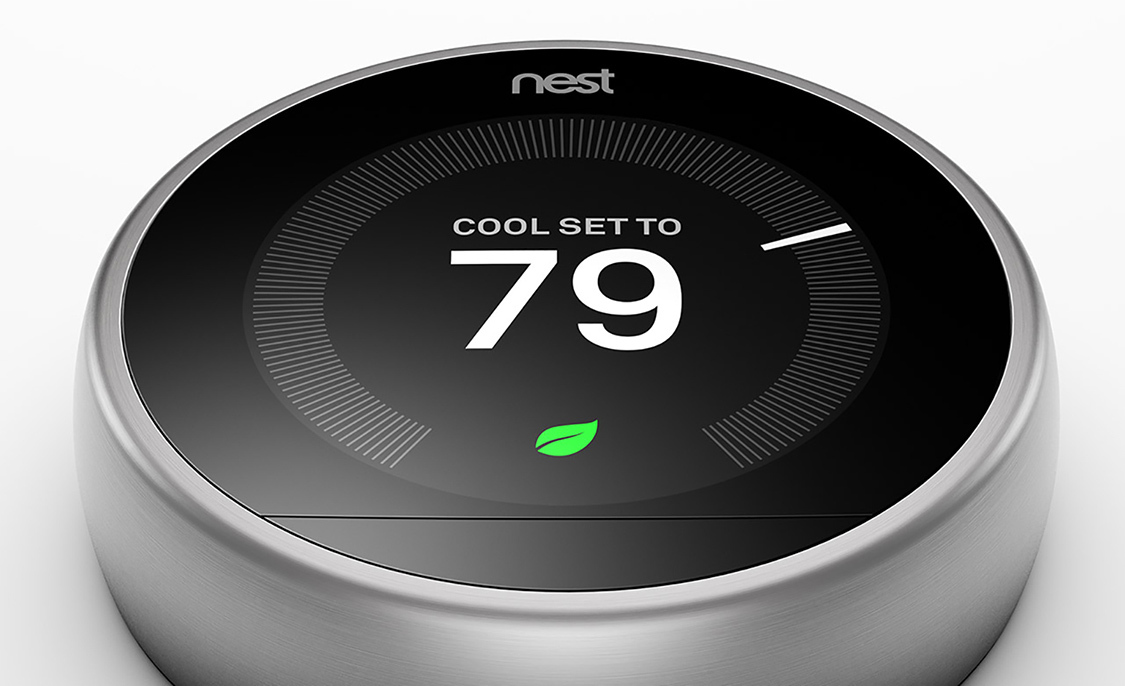 Technological advancements have revolutionized a number of ordinary household products. These tweaks aid in making something mundane seem even more efficient. A classic example of this includes smart thermostats.

Generally speaking, older thermostats tend to have quirky issues. Older models break down at a rather rapid pace. There’s also the risk in forgetting to turn off one’s air conditioning or heating when leaving the house. A horrible feeling would involve leaving one’s air conditioning or heat on full-blast before embarking on a week-long trip (or even longer). By the time the bill comes for that mistake, one will be ready to bust out the check book for a rather large expenditure. Interestingly enough, a home’s heating/cooling mechanism accounts for nearly half of the house’s total energy costs.

For all of the reasons listed above, procuring a smart thermostat might make the most amount of sense. Smart thermostats have components that are compatible with most major smart phones. Crazily enough, smart phone users can monitor the temperatures in their own homes simply by using their tablets or phones. From there, one can also control heating or cooling by connecting their devices to Wi-Fi. The Wi-Fi sensors on the smart thermostats work in correspondence with the HVAC system. As long as you have internet connection, one can control their home’s heating/cooling system from anywhere in the world.

The smart thermostats also are excellent in offering updates to the home’s owner. Maintenance reminders are often given — as are energy breakdowns. Specifically, smart thermostats save home owners potentially hundreds of dollars a year. These are the most energy-efficient thermostats out on he market today. The Nest Learning Thermostat in particular will give its users a monthly energy report in showing how much money they’ve saves. There’s even capabilities which alert the user on when to turn down one’s air conditioning or heat (depending on outside temperatures). This is yet again another implement in helping the user save as much money as possible.

Let’s look at some of the potential options:

The Nest Learning Thermostat is widely regarded as the best available option on the market today. This thermostat is equipped with an algorithm which tracks how one uses their cooling and heating system. Based upon the user’s tendencies, the thermostat will set the house’s temperatures accordingly. As mentioned above, this option will also send users an energy report at the end of each month. From here, users can adapt/correct accordingly when attempting to save money. Many outlets have this costing roughly $249 — though Amazon is selling it for $190 (as of November 1, 2018).

The Honeywell Lyric product is a direct competitor to the Google Nest. The consumer can set a range from which it can control the Lyric. Once exceeding the set range, the Lyric will automatically reset back to an pre-determined ‘away’ mode. When back within the range, the house will resemble the specific temperature set by the consumer. Prices vary for this product — though many estimates have it being sold at $199.

The iDevices option is less expensive ($130) than the aforementioned two. Using both Alexa and Siri, this implement can be access on a phone or tablet. It’s rather simple in nature. While it doesn’t come equipped with algorithms or a range-mode, it does enable consumers to set their temperatures efficiently and cost-effectively.