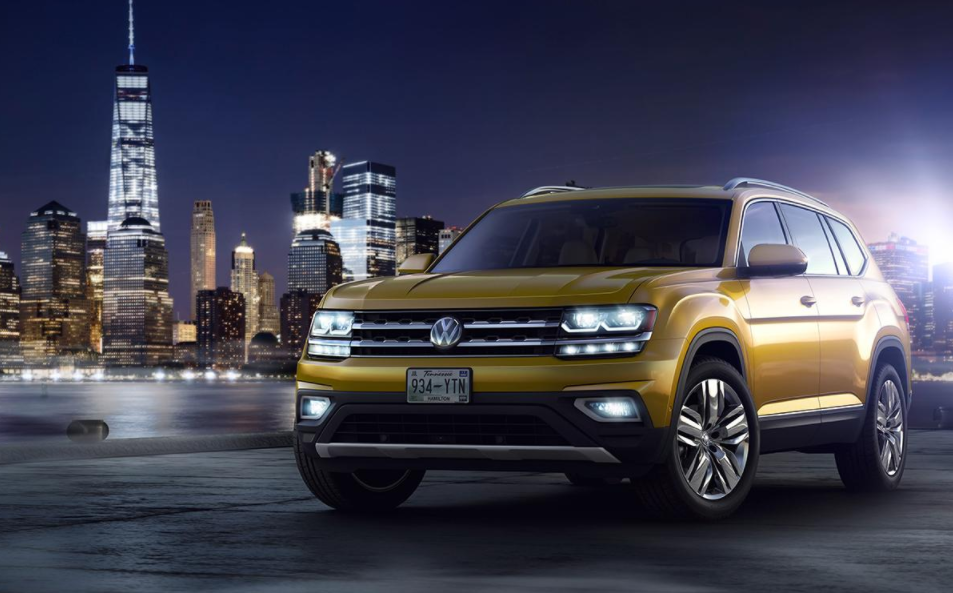 Crossover SUV’s are among the most versatile vehicles on the entire market. These platforms offer the potential buyer sensibilities found in passenger vehicles — combined with the sleekness and style of a SUV. This perfect marriage of features truly illustrates the popularity emanating from crossover SUV’s. In terms of quality options, here are 10 worthy choices for prospective buyers to look in to:

The 2017 Hyundai Santa Fe is an affordable option for those highly invested in the technological side of things. The base model (roughly $30,800) will be equipped with a six-speaker sound system, Apple CarPlay, and a 7-inch display screen. These facets aren’t always found in a competitor’s base model. It offers a respectable 21 MPG within city driving, and 28 MPG on the highway. From a safety standpoint, few can compare — as the Santa Fe earned the highest mark one could get from the National Highway Traffic Safety Administration. The 2017 Mazda CX-5 offers much in the way of performance. Equipped with a 187-HP 2.5L four-cylinder engine, the vehicle gets terrific acceleration. Duly, this model gets an estimated 24 MPG within city driving, and 31 MPG on the highway. A revamping of the interior cabin has given the Mazda CX-5 a regal appearance. In addition, the considerable cargo space is perfect for those transporting business materials and sporting equipment. The 2018 Volkswagen Atlas is a potential game-changer within the market. While most crossover SUV’s offer seating for five, the Atlas is constructed with a spacious third row. The overall room in the interior cabin makes this vehicle a perfect choice for a large family. This premise is enhanced even further by the panoramic sunroof and the litany of connectivity facets for one’s smartphone. A maximum space of 96.8 cubic-feet in the cargo area enables much in the way of flexibility when transporting items on a potential road trip. Much like the Volkswagen Atlas, the 2017 Ford Edge provides consumers with a spacious interior cabin. It also is considered a very effective model from a safety standpoint (especially pertaining to crash test ratings). A potential buyer is also given the ability to individually choose an engine based upon personal preference. The variance with this model in both performance and appearance makes it one of the more popular vehicles available in the demographic. Fuel economy is the name of the game for the 2017 Toyota Highlander. The vehicle gets approximately 21 MPG in city driving, and 27 MPG within highway driving. The ‘Safety Sense’ feature includes aspects such as pedestrian detection, lane assist, and adaptive cruise control. Personalization is made available in terms of the interior cabin. Additionally, the cargo capabilities are considerably large — even with a third row of seating. The 2017 Honda CR-V checks many of the proverbial boxes when searching for the ideal crossover SUV. Space isn’t an issue — as both the back-seat legroom and spacious cargo area makes for a comfortable and efficient journey. The CR-V is also excellent in terms of gas mileage. Drivers will get an estimated 28 MPG on city driving, and 34 MPG on the highway. The base model is also equipped with a USB port, a rearview camera, and bluetooth with voice recognition. The 2017 Hyundai Tucson offers the buyer a very reasonable option price-wise — as the starting model registers at approximately $22,700. Despite the smaller price tag, the Tucson is a roomy vehicle with stylish aesthetics and a great safety rating. It registered a “good” mark on all five of the IIHS categories, and had a 5-star review for NHTSA on overall rating, frontal crash, and side crash.

The 2017 Kia Sorento packs a punch with its myriad of available engines. The base model comes with a 2.4L four-cylinder engine with 185 HP. If one wants a boost in performance, a 3.3L V6 engine with 290 HP is also available. As a three-row SUV, the car offers much in the way of comfortability. The Sorento has exceptionally good safety ratings across the board. Additionally, it gets approximately 21 MPG in the city, and 28 MPG within highway driving. The Dodge Durango has been ranked consistently as one of the most reliable options within the SUV demographic. A robust V8 engine is made available — which allows for considerable towing capabilities from 6,200 to 7,400 pounds. Its expansive interior cabin makes it one of the roomier models on the market. The third row can be used for passenger use, or folded down in order to create even more space in an already gigantic cargo area. This model in particular is highly accommodating for an individual constantly needing to utilize storage. Possessing fantastic safety scores, the 2017 Nissan Murano most definitely has a focus on a refinement — both within the interior cabin and the exterior appearance of the vehicle. The seating itself within the Murano is both plush and comforting. The features from a technological standpoint are diverse and intriguing — as the base Murano model includes a six-speaker audio system, Bluetooth, a rear-view camera, dual-zone automatic climate control, NissanConnect infotainment system, a 7-inch display screen, and a USB port.

To find the best deals on these crossover SUV’s, click the button below: