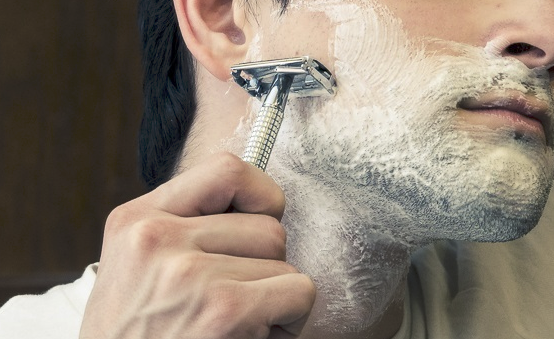 The act of shaving could cause some unintended consequences. Though billed as a rather mundane activity, approximately 75 percent of men have suffered from the likes of ingrown hairs, razor bumps, and razor burn. These embarrassingly noticeable blemishes could come at the absolute worst time possible — particularly when preparing for a date or a major night out on the town.

Duly, one wants a razor adept at doing its primary job: Shaving. Whether it be the face, arms, chest, legs, or other parts of one’s body, a clean shave without any complications should be the ultimate goal. This includes a clean blade, easy handling, and a product which won’t result in burns, cuts, or bumps.

Here are a few of the best shaving options for those with sensitive skin:

The Dovo straight razor is the type of special blade seen by professional barbers in movies and on TV. Made in Germany, these freehand blades certainly aren’t cheap. They also take a bit of practice and precision to use — especially since they aren’t like the normal disposable razors one can buy from the store. With that said, these are top-of-the-line as it pertains to quality.

This manufactured razor will give the customer the closest shave one can have. In the process, the appearance of bumps and burns are minimized considerably.

The Schick Hydro 5 is interesting from the standpoint that it has a flip trimmer to get those hard-to-reach spots on the face. Additionally, this razor offers a moist feel via the Hydrating Gel Reservoir. Essentially, one’s face will be moistened and lubricated when shaving.

All five blades offer a supremely close shave. There’s even a skin guard which further prevents trauma to sensitive skin. This spectacular razor can be had for less than $20 on Amazon.

The Merkur 34C HD Safety Razor is specifically designed for those who have thicker hair sitting atop sensitive skin. Light and easy to handle, the blade moves seamlessly across the skin surface.

The handle is shorter and thicker than most — though the head of the shaver provides more cover in terms of surface area. The company bills this blade as one without multi-blade skin irritation. This heavy duty razor can be had for roughly $40 on Amazon.