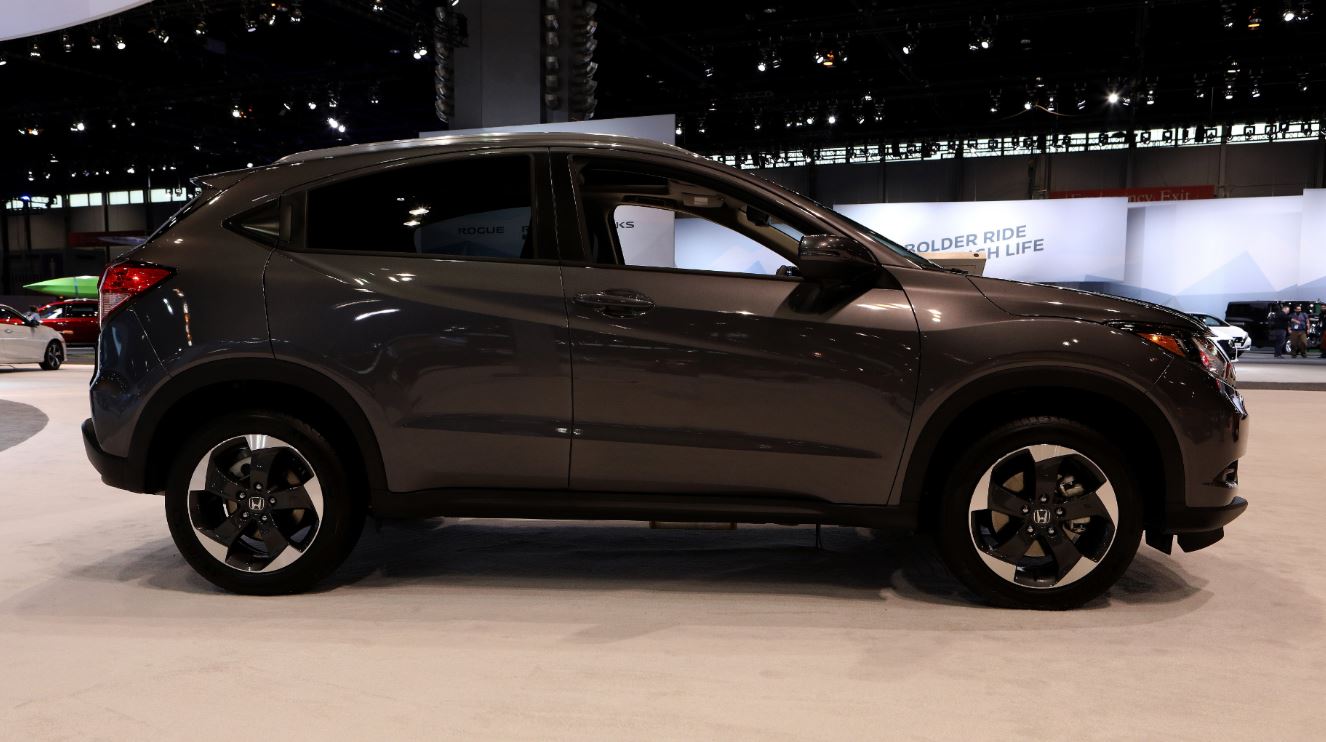 In recent years, the sub-compact SUV market has absolutely boomed. People love possessing rugged, masculine vehicles with off-roading capabilities in smaller, delicate packages. There’s also an insatiable need to possess a car with good cargo space. Look no further than the 2018 Honda HR-V. This impressive vehicle comes equipped with all of the traits described above…and much, much more. Simply put, those in the market for a sub-compact SUV will do quite well with this year’s model of the HR-V.

When compared to other competitors in its class, the 2018 Honda HR-V has exceptional leg room in the second row. This is one of the strongest pluses of the car in general. It comfortably houses three adults without problem. Though standard seating is fashioned with cloth upholstery, leather trimmed seats are available for an upgrade. The cabin ride itself is also on the quieter side. Total capacity for cargo space is 58.8 cubic feet (with the second row folded down). As normally constituted, one will enjoy 24.3 cubic feet of room.

A 5″ interface system is placed in each base model — as is a four-speaker audio system and multi-angle rearview camera. There are upgrades for those wanting enhancements in the cabin (such as a larger 7″ screen, six speakers, an additional USB port, and a blind-spot monitoring mechanism).

From a safety standpoint, the IIHS gave the 2018 Honda HR-V “GOOD” marks in four of the major safety tests. The NHTSA offered 5-star denotations in overall rating and side crash, and 4-star marks in rollover and frontal crash. Multiple publications have the 2018 Honda HR-V as a top-five vehicle from a safety standpoint in its class. U.S. News & World Report — a very reputable car review service — rated the car as the ‘Best Subcompact SUV for the Money.’ As one can see, this year’s version of the HR-V holds terrific value.

As outlined above, there are plenty of reasons the 2018 Honda HR-V is so highly regarded within the sub-compact SUV market. Prospective car buyers will be getting an affordable, stylish, and safe vehicle with a number of exciting facets.